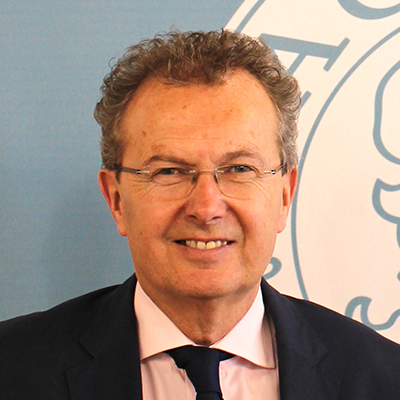 From an early age, Henk Brus was introduced to the tuna business as the son of a canned foods’ importer. In 1987, after finishing his study in psychology, he started work in the food trade sector. From 1992 to 1998, he was the vice-president of a leading multinational canned fish importer in the Netherlands.
In 1998, he founded his own company, Atuna bv – a global tuna trading company covering the complete vertical supply chain. That same year he also launched an internet blog, Atuna.com, which has since become the world’s leading internet portal for tuna news, and the organizer of this conference. Atuna.com has now become exclusively a media company. Since 2014, Henk is only involved in Atuna B.V. as a shareholder.
Henk has been a speaker and co-chair at several major tuna conferences over the last 20 years.
In 2000, he was one of the co-founders of the World Tuna Purse Seiner Organization (WTPO).
In early 2007, Henk founded a new company, Sustunable bv, which seeks a “Responsible Business Approach Towards Tuna Sourcing,” and was the pioneer in the marketing of FAD-free tuna; in the meantime supplying over 15 supermarket chains throughout Europe.
In 2010, Sustunable was approached by the WCPO’s eight PNA nations to become their joint venture partner in the company Pacifical cv, in order to globally market PNA’s sustainable MSC-certified free school skipjack and yellowfin tuna under the “Pacifical” co-brand. Henk has also been appointed by shareholders as the Managing Director of Pacifical cv.

The smoke is slowly clearing from the legal battle between the US State, US largest retailers, distributors, and consumers-groups against the Big 3 national tuna brands.
Consequently, we see that the owners of these US Big 3 brands are seriously financially weakened.
As a result of fixing prices, the ex-CEO of Bumble Bee might be facing years of jail time, his former employer being declared bankrupt and likely to be bought by its dominant supplier FCF of Taiwan. The US Department of Justice has issued penalties of more than a hundred million to Bumble Bee and StarKist regarding this scandal. In the meantime, civil cases are still ongoing in regards to underfilling, and false dolphin-safe claims.
Where will the largest crisis in the history of the US canned tuna industry lead us to, once all the smoke has cleared?

Bangkok Skipjack Price Depression – Where Do We Go From Here?

The high level of predictability in regards to the drop of the Bangkok price for skipjack whole round towards the end of the WCPFC FAD ban, and the IATTC mid-year fishing ban, have resulted in a price depression that has lasted almost four months.
If this same reoccurring trend would appear again in 2020, large buying parties that have plenty of access to cheap capital will not hesitate in driving the world tuna price down to levels well below the cost price of any purse seiner operator.
The key questions addressed in this presentation are: Can this destructive trend be turned around to reach a more stable and less volatile market level? Where do we go from here?