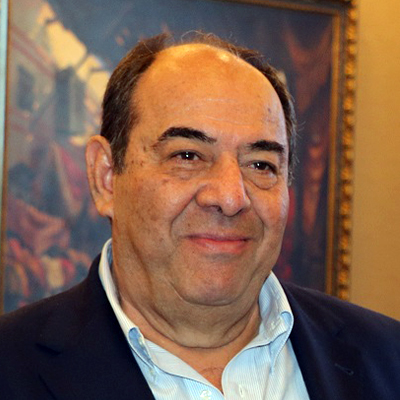 Guillermo Compeán, born in Mexico, in 1953; earned his degree in Biology at the University of Nuevo León, Monterrey, Mexico, and his Ph.D. in Biological Oceanography at the University of Aix-Marseille II, France.
He has worked in the field of biology and management of tunas for 40 years.
In the ’70s, he was associated with the fisheries and population dynamics team at the COB (CNEXO/IFREMER).
From 1981 to 1999, he worked as a scientist in the marine fisheries program at the University of Nuevo Leon.
He has also written numerous articles on fisheries biology and management of tuna.
Since 1977 he has participated in ICCAT, IATTC, ISC, SPC and WCPFC meetings.
He was Director of the National Fisheries Institute of Mexico from 2000-2006 and in 2007, he was elected to his current position as Director of the Inter-American Tropical Tuna Commission (IATTC).

The State of the Global Tuna Stocks

Fisheries for tropical tunas—yellowfin, bigeye, and skipjack—in the eastern Pacific Ocean are managed by the IATTC; in the western Pacific, by the WCPFC; in the Indian Ocean, by the IOTC; and in the Atlantic, by the ICCAT.
In the IATTC, the most recent yellowfin and bigeye stock assessments have not been considered usable by the scientific staff. However, fishery indicators show the need to maintain—and possibly increase—the current management measures: a 72-day closure and a 30-day spatial closure west of the Galapagos Islands for the purse-seine fishery, and bigeye catch limits for the longline fishery.
In the Western Pacific, the status of the yellowfin and bigeye stocks shows no signs of overfishing so the current management measures of bigeye and yellowfin quotas are maintained, along with the three-months closure of the FAD fishery, the allocation of fishing days per vessel, and bigeye catch limits for the longline fishery.
In the ICCAT, both yellowfin and bigeye show signs of overfishing so catch quotas have been established for these two species. In addition to maintaining a closure area for purse-seine and pole-and-line fisheries in order to protect juvenile bigeye, these measures are accompanied by limits on the number of FADs.
In the IOTC, bigeye seems to be in a stable situation and yellowfin is facing some problems. Therefore, the management measures adopted only include an annual catch limit for yellowfin for the different fishing gears.
It is worth mentioning that no overfishing has been observed in any of the skipjack fisheries so there are no measures applied directly to this species in any RFMOs. However, in the IATTC, fishery indicators show that catch limits are probably being reached.

Towards an Economically Viable and Sustainable Harvesting Model: the IATTC Members at a Crossroads

As in all the seas of the world, the conditions in which tuna fishing is conducted in the Eastern Pacific Ocean (EPO) have changed constantly, in such a way that the industry is facing challenges that must be resolved in the coming decade.
Environmental changes, the state of the resources, technological advances, changes in the market, and issues that have been left unresolved have created these new conditions. It can thus be established that the catches of the three tropical tuna species—yellowfin, bigeye, and skipjack—have remained stable in the last twenty years and, therefore, significant increases are not expected.
With regard to the operation of the fleet, it is clear that the fishery has expanded its area of operation consequently. Nowadays vessels can operate in remote areas located up to six navigation days away from home ports. This change, along with the increased number of sets per fishing trip—particularly on schools associated with FADs—and the decrease in catches per set, has increased operating costs.
Furthermore, even though each type of fishery is affected differently, the constant reduction in the tuna’s average length affects prices and decreases productivity per landed ton. The industry is also facing an increasing need to renew the fleet, which comprises vessels that are 36 years old on average, and thus not only vessel replacement programs will have to be considered in the short and medium-term but, more importantly, considerable sources of financing must be found.
Finally, the increase in fishing capacity, with the corresponding increase in fishing mortality, has led to the adoption of more restrictive management and conservation measures, which affect the continuity of the supply of tuna for the canning industry and the operation of the vessels. These changes in the EPO, together with a price of tuna that is difficult to predict, have put the EPO industry at a crossroads and faced with the need to change the tuna harvesting model.