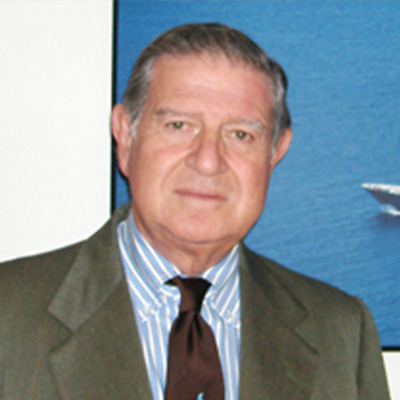 Adolfo Valsecchi was born in Genoa in 1941. Married with 2 sons.
He has over 40 years of experience in the seafood business.
Originally from an engineering background, he started running small tuna canning operations in Italy, Madeira (Portugal) and Somalia. He spent 20 years at Palmera, the second-largest canned seafood business in Italy and was a member of the Italian Canners Association and several working groups at the EU Commission in Brussels. In 1996, he joined Heinz as Managing Director of the Mareblu business and as operations director of the seafood canneries. In 1999, he became Managing Director of Heinz European Seafood business and Heinz Western Europe. In 2006, Heinz European Seafood was bought by Trilantic Capital Partners (formerly Lehman Brothers Merchant Banking) and renamed MW Brands and Valsecchi became CEO. The company was sold in October 2010 to Thai Union Frozen PLC. In 2014, Valsecchi became the majority shareholder and CEO of Generale Conserve, an independent canned seafood producer based in Genoa, Italy.

Valsecchi will describe the strategic key drivers and execution details that enabled to develop and consolidate the EU Tuna Business Model as the most appealing for EU consumers leveraging both.

In particular, he will focus on:

In his presentation, Valsecchi will enrich the above successful driving tools with examples of current best practices applied by EU canned tuna market leaders.
Furthermore, he will provide an insight into the current status of the Central Americas’ tuna industry by giving an analysis of the catch potential of the local tuna fleets and the possibilities of the tuna plants – production potential, product mix, and consolidated destinations of sales.
Valsecchi will end his presentation with a win-win business model supported by a number of changes that will allow the current players to generate profitable growth as a proposal for the joint debate; keeping in mind that tuna fisheries are almost at the maximum sustainable level of the species in all oceans.